Want your own animation?

If you are looking for a unique way to promote your business, book, artwork etc, Peter can perhaps produce something for you.  It won't cost as much as you think! 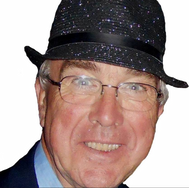 Would you like to sponsor the Algarve Sea and Weather Report each week?  Then contact 'Captain Peter'.

P.D. Cain (born 1954) spent all his childhood years living in a small village called Buxworth which is situated in the hills of the Peak District in North Derbyshire. At the age of 20, he broke away from village life to become a Redcoat Entertainer at the Butlins Holiday Centre in Ayr, Scotland. From there he went on to become a bingo caller and then a bingo hall manager. After ten years in bingo, he became a sales executive for a cleaning firm before finally owning his own security and cleaning business, which he eventually sold. He underwent a complete 'life change' and went through the process of becoming a professional boat skipper.

He sailed around to Portugal and settled in the beautiful tourist locality of Lagos, which is situated in the west of the Algarve. He has worked in the region as a skipper on various tourist boats during the summer seasons since 2000 although he now concentrates on writing books, editing and producing animations. Also for 19 years, since 2000, until April 2019, he provided a 'Seawatch Report' on Sunday mornings for Kiss Fm Portugal (hence being known as Captain Peter), and produced and presented the daily news and weather for 4 years.

He has produced a number of animations and videos which you can view through his YouTube channel and he has written a number of books (ebook and paperback), which you can order through Amazon, Smashwords, Lulu and PLR (the Public Lending Library):-

He now provides a number of video/animation services to individuals and various enterprises and who want to promote their business, book or entertainment venue. P.D. Cain also creates for people their own website, plus artwork for book and album covers.  For FREE quotation, please get in touch.

Besides Books, P.D. Cain has produced a number of animations which can be viewed on his YouTube channel:

With his partner, Bernadete, Peter has made a number of videos, some of which can be viewed on his YouTube channel.

Keep reading
Get in touch

Would you like your book edited? Or just have it formatted to be put into paperback or as an ebook?  Peter can help you achieve your dream of publishing your own book by going through the process, step by step (See below).

And to promote your book, why not have Peter produce an animation for you.  A 30 second animation can go a long way into helping you to sell your masterpiece.

More complex web designs will cost more. This website for example contains edited videos and personalised animations and would cost €900 ($1,000).

For free quote for designing your website, please get in touch.

Payment can be through PayPal.

GET IN TOUCH WITH PETER